What is the Copper John Nymph Fly

What is the Copper John Nymph Fly

The Copper John is a nymph type artificial fly used in fly fishing. It was created by John Barr of Boulder, Colorado in the 1990s. It is popular amongst fly tyers and numerous variations have been created. Use of a tungsten bead, wire, and sometimes lead makes this slim nymph fly drop fast in the water to the depths where the fish are located and is often fished in murky water. The Copper John is a general imitation of the nymph state of a Mayfly.

The relatively heavy weight and thin profile of this fly allows it to descend fast in the water. It is often used as a dropper fly in a hopper-dropper fly combination. It is particularly useful when used to fish for trout in discolored water. Smaller sizes of the fly are fished in the Fall and Spring and larger versions are fished in the summer when food is more available. 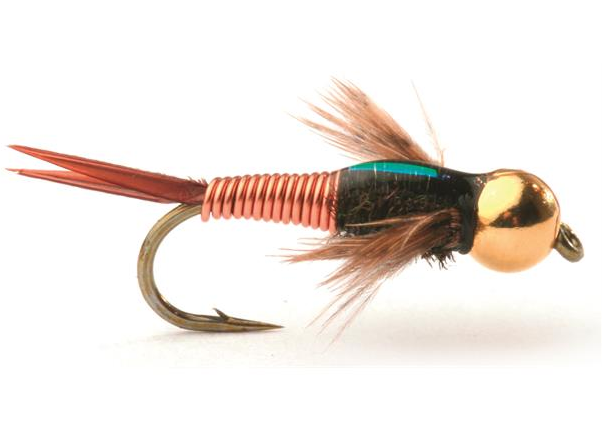