What is the Blue-winged Olive fly?

What is the Blue-winged Olive fly?

Blue-winged Olive flies is a type of Dry fly, Nymph, Emerger and they imitate mayflies. Blue-winged Olive flies  is a collective term used by anglers in fly fishing to identify a broad array of mayflies having olive, olive-brown bodies and bluish wings in their adult form. Sometimes referred to as BWO , a wide array of artificial flies are tied to imitate adult, nymphal and emerging stages of the aquatic insect. While the family Baetidae probably has the most species identified as blue-winged olives, another mayfly family Ephemerellidae also contains some. Blue-winged olive mayflies are an important food source in most trout streams, thus their widespread imitation by fly tiers.

For the fly-fisherman, it will be much more practical to cover the numerous Blue-wing Olives as one group. In general this group can be divided into two fairly distinct color types. This holds true not only for duns but also for nymphs and spinners. Most duns fall into either the light-gray wing--olive body or medium gray-olive brown body classification. Nymphs are generally brown or olive brown, while spinners are medium or dark brown. 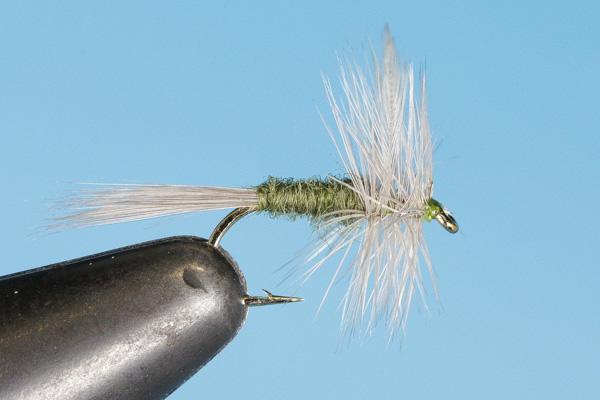