What is the Brown Bi-visible Dry Fly

What is the Brown Bi-visible Dry Fly

The Brown Bi-visible is an attractor style dry fly first promoted by angler Edward Ringwood Hewitt in his work Telling on the Trout (1926). A generic, high floating pattern, the fly was designed to provide visibility of the fly for the angler in low light conditions. Darker colored flies were extremely difficult to see in low light and glare conditions. The addition of light cream colored or white hackle at the front of the darker body made the Bi-visible easier for the angler to see on the water. Ray Bergman in his seminal 1952 work Trout gave the following credit to the Bi-visible pattern:

Edward Ringwood Hewitt believed darker colored flies were more easily seen by trout but were more difficult to see by anglers in low light conditions. The addition of light-colored cream or white hackle to the front of the darker brown palmered hackle made the fly more visible to both the trout and the angler.

The Bi-Visible has its roots in flies many centuries old, the Palmer. First documented in the 1600s, the Palmer Worm introduced the tying technique of wrapping a hackle from the hook bend forward to the hook eye. The technique eventually became known as Palmering and is used today in a wide variety of wet and dry flies. The densely wrapped dry fly hackle for the body on these flies makes them high floaters.

In the 1930s and 1940s, prominent anglers and fly tiers like Ray Bergman, Rube Cross and Walt and Winnie Dettes promoted the Bi-Visible and created a number of variations. Rube Cross in The Complete Fly Tier (1936) dedicates an entire chapter to the Bi-visible style. 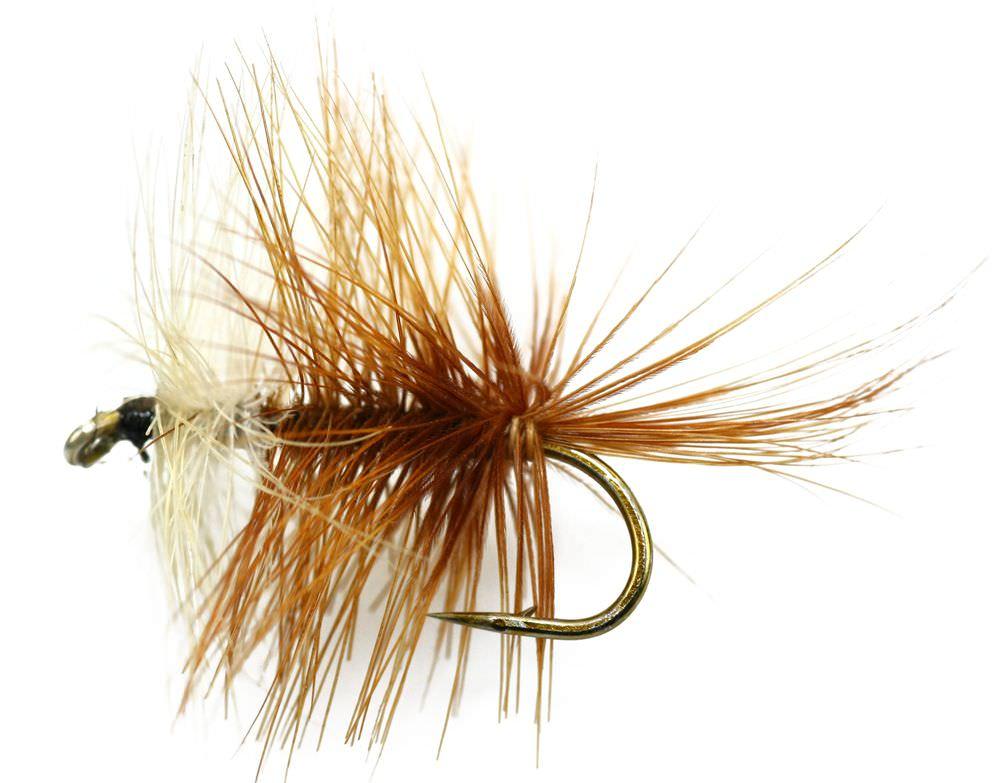