What is the Alexandra Wet Fly Pattern

What is the Alexandra Wet Fly Pattern

The Alexandra wet fly originated in Scotland in the 1860s primarily for trout in lakes. . The artificial fly is also known as the Lady of the Lake, the fly was named by English angler Major William Greer Turle to honor Alexandra, Princess of Wales.  The fly gained popularity because it was extremely effective fished slowly on sinking lines. Anglers began using the fly in rivers for sea trout and Atlantic salmon with success. It was so effective, that it was allegedly banned from some waters. In the late 19th century, Major William Greer Turle (March 1839 – January 1909), a prominent English angler, renamed the fly Alexandra to honor Alexandra of Denmark, the daughter-in-law of Queen Victoria and then known as the Princess of Wales (1863 to 1901). Turle was a chalkstream angler with water on the River Test near Newton Stacey. He learned fly tying from George Selwyn Marryat and was a close associate of Frederic M. Halford.

The fly is distinguished by the heavy peacock herl wing and silver body which makes the fly resemble a small baitfish or fry. The Alexandra proved to be a very effective fly for trout in lakes and streams in England and Scotland in the late 19th and early 20th century. Many fly fishing purists derided the fly and its use was once banned on many English waters. The Alexandra wet fly are use for  trout, salmon lakes and rivers. The Alexandra is an attractor pattern most likely taken as a small baitfish or fry. Typical variations include the use of mottled turkey feather for the underwing, peacock herl for the tail and beads or cones for weight. 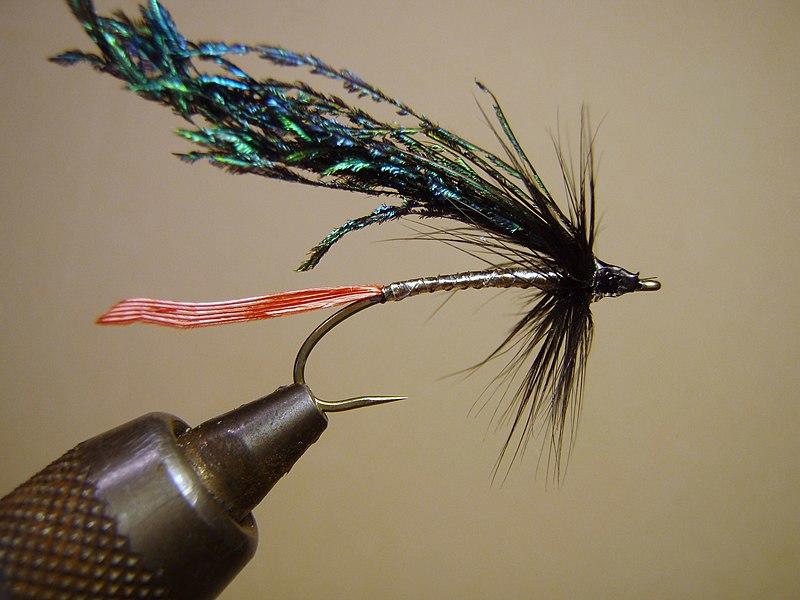